Cleo Sol 'Rose in the Dark' 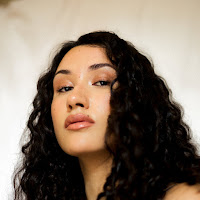 I’ve been a fan of Cloe Sol for some time and I’ve been eagerly awaiting her debut project since her March release “When I’m in Your Arms”, featured on the 'Influenced - Recommended' playlist here.

I listened to the project with expectation and excitement on release day and I’m pleased to say that overall the London singer-songwriter has delivered what I was hoping for.

Through the 11 track project, Cleo’s vocals take the listener on a journey of '70s jazz and '90s neo-soul.

A soothing, calming influence in these chaotic times, this debut album showcases Cleo’s skill in using vintage genres to deliver music that has an honesty and directness worthy in style and emotion of past greats.


A soothing, calming influence in these chaotic times

Production on ‘Rose…’ is handled by fellow Londoner Inflo.

I’m not completely au fait with Inflo’s output, but I enjoyed the work he did with musician, songwriter and record producer extraordinaire Danger Mouse on 2019’s ‘Kiwanuka’.  Inflo’s work on ‘Rose…’ evokes a similarly classy backdrop.

Between Inflo’s production and Cleo’s vocals, ‘Rose In The Dark’ evokes the rich British Jazz and Soul scenes in the late 80’s / early 90’s, eras that redefined the potential of multicultural music, art and literature.

‘Rose In The Dark’ seamlessly moves from track to track with jazzy bass lines, smooth string melodies and, above all, a soulful voice that needs to be heard.

Whilst each track merits its own detailed analysis, the undoubted highlight is "When I'm in Your Arms".

The hypnotic bass intro, doubled up high hats and bongos are a sensual sonic invitation.

The stirring strings enter like a love scene from a Bond movie, transporting the listener into a convertible touring the scenic coastline of southern France.

Exemplifying the project’s deft mixing of cultural timelines, a 90’s R&B / neo-soul production tone is combined with vocals straight out of the 70’s, reminiscent of iconic songstress Minnie Ripperton.  The introduction of Cleo’s silky vocals are impactful and they, combined with her evocative lyrics, create what could easily be termed (with a cheeky wink) ‘babymaking music’.

This track, which had me on tenterhooks to hear ‘Rose In The Dark’, features some of the best production and musicality that I’ve heard all year.  Here is an instant classic.

Whilst ‘’When I’m in Your Arms’’ holds a special place for me, the debut project maintains a high standard from beginning to end.  My sole contention is its lack of up-tempo house and UK funky influenced vibes, which Cleo has successfully showcased in some of her earlier work.

Arguably these house / funky moments would be too much of a stylistic change from the consistently smooth jazz and soul sound fully explored here.  Perhaps her fans will be treated to a more up-tempo project in the future? I certainly hope so.

Regardless, in this modern musical era of all-too-important streaming wars and social media ‘clout-chasing’ by many musical acts, artists like Cleo and Inflo should be celebrated for creating a beautiful body of work that will stand the test of time.

In these dark times, such a rose really does shine through.


Be sure to join us in sharing, celebrating and exploring the music we love on social media: