REVIEW: A cryptic, personal and addictive EP by the coveted producer 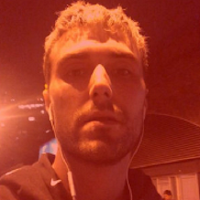 Influenced is all about the music.

We love exploring and celebrating the singers, songwriters, instrumentalists, producers, beatmakers and crews behind the scenes.

Multi-faceted South Londoner Fred again.. fits into many of the above categories.

Whilst his name may not be familiar with casual music fans, many will know at least some of his prolific output as a producer.

As the youngest recipient of the BRIT's Producer of the Year award, his resume is as diverse as it is stellar, featuring:

Based on his work with Stormzy, Mist, Headie One, Roots Manuva and Relentless Records (taking me back to my much-loved UKG days), I assumed the project would be fully immersed in the thriving UK urban scene.  However, Actual Life is as multi-dimensional as his full CV would suggest.


The EP strikes me as bouncy electronic trance, produced more for the headphones and home listening than the club. By mixing melancholic tones with beach house tempos and a variety of vocals samples which go from mournful to celebratory – sometimes in the same track via clever switch ups – Actual Life is an EP for all moods and occasions.

By mixing melancholic tones with beach house tempos and a variety of vocals samples which go from mournful to celebratory – sometimes in the same track via clever switch ups – Actual Life is an EP for all moods and occasions...

It feels like this EP has been made as personal exploration and expression, rather than for mainstream acceptance or success.  Even the track titles are at once personal and cryptic, with each one seemingly dedicated to someone close to the artist or the projects protagonist: 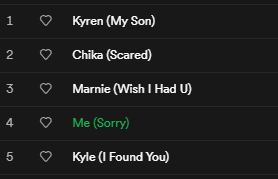 The highlight for me is track number 4 "Me (Sorry)".

Throughout the EP, Fred makes great use of vocal snippets, from the chopped and screwed stylings of a father and son call and response on "Kyren (My Son)" to the spoken word dedications and crowd reactions of finale "Kyle (I Found You)".  These snippets appear to be intended as very public displays of love and affection.

On "Me (Sorry)" the smooth Afro fusion / UK Funky drum hats led me to expect vocals reminiscent of those from Egypt’s 2009 "In the Morning". Instead, with a lovely gear change, they are contrasted with vocal snippets of a man waiting for a car, expressing love and affection in awkward, staggered bursts.  The stop-start nature of this monologue hint that he is not fully comfortable with the listener or the object of his affection hearing these words.

The vocal sample 'sorry', repeated throughout the track, is tender and haunting.  Far from being monotonous, the sample is chopped and screwed into numerous guises, with overriding feelings of anguish and hesitance.

The 'sorry' sample along with the contrasting vocal snippets airing a friendly frustration at an unnamed character for ‘being afraid’, adds several layers of nuance to the project, raising interesting questions about the world of non-stop social media sharing.


The contrasting vocal snippets of 'Me (Sorry)' add several layers of nuance to the project, raising interesting questions about the world of non-stop social media sharing.

Production wise, ‘Me (Sorry)’ has a great sense of build-up, pressure, anticipation and release, as well as a lovely tempo change from mid to high, reminiscent of legendary nineties-noughties UK dance acts including MJ Cole and Faithless.

The balance of track elements exudes a sense of mystery that isn’t dark or oppressive. The listener becomes entangled in inner-city dialogue that’s isn’t – contrary to popular belief – inherently aggressive or violent in its nature.

In 18 minutes I’ve gone from casual listener, to self-admitted fan.  I’m surprisingly in love with the project, having played it in full today three times and counting.  Ironically, my only criticism is that it left me wanting more!

I certainly look forward to hearing from Fred again..
See what I did there?