Odunsi ‘Everything You Heard Is True’ 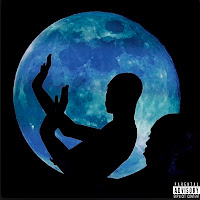 I discovered the African music scene in my teens, when Giles Peterson’s Worldwide introduced me to Fela Kuti.

However, I wouldn’t say I became an enthusiast until recent years, with the emergence of "alté" from Nigeria.

With artists like Santi, Jaks and Burna Boy leading the way, the music seems to me a strong, positive representation of today’s West African youth.

So it seems like a good time for me to review my first alté album, Odunsi’s ‘Everything You Heard Is True’ EP, released Friday 15/05.

Amongst the alté artists who have attracted most attention both in and outside of Africa, Odunsi has been releasing music since 2015.

Having only been following his work for the past couple of years, I have been scouring many formats to explore his back catalogue. Listening to his previous work, it is clear that he has grown in stature, his production growing more confident and elaborate with each project.

The album sounds well-polished and mastered, fitting into the alté bracket but also ready for the mainstream American market. There is a real feel of emo rap that one would more typically associate with that of Drake and his OVO sound.

Odunsi has displayed massive marketability and growth with this EP, but I can’t help feeling that it’s missing something artistically. This becomes especially evident if we compare it to a project like Santi’s ‘Mandy and the Jungle’ from last year.


Odunsi has displayed massive marketability and growth with this EP, but I can’t help feeling that it’s missing something artistically.

For me some of the tracks are somewhat bland and lack identity. Unfortunately, I gained this impression from the album’s opening track "Luv ina Mosh".

The production is tight and Odunsi’s vocals approach smoothly and softly in a surreal, nonchalant fashion. However, lacking real punch and emotion, this track is skip-worthy.

Now this track achieves its goals - it has hard bass drops, fast and repeating soft high hats plus attention-grabbing lyrical content. It feels as though Odunsi is having a dig at his haters, reiterating that he is who he is and telling us he’s here to stay: "If i play my part, If i do it my way, If i get concoction, shey you go reason am? If i play my conscience, shey e go even out?".

The classic alté Afro beat in "Airplane mode" juxtaposes beautifully with Odunsi’s voice. This is exactly what I expected from the EP and wish there was more of it than a single track lasting only two and a half minutes.


The classic alté Afro beat in "Airplane mode" juxtaposes beautifully with Odunsi’s voice. This is the sole representation of what I had expected and hoped for in the project. Sadly, it lasts only two and a half minutes.

Odunsi brings his alté brilliance to track five "Wicked, Sexy" and I’m a fan of "Body Count", which has featured on the Influenced recommended playlist for some weeks. The production reminds me of Tyga’s "Taste". However, featuring a Megan thee Stallion soundalike female vocal feels like a cynical commercial move.

I’m sure the album will have lovers and haters. It’s an album made for commercial success and due to this it feels a little sterile. It features some good tracks that are definitely worth a listen, but many I’d skip.

It will be interesting to see whether this EP increases Odunsi’s fan base and results in him producing more of the same.

I personally hope for something less commercial and more artistic from Odunsi in the future.

Have a listen and let us know your thoughts.