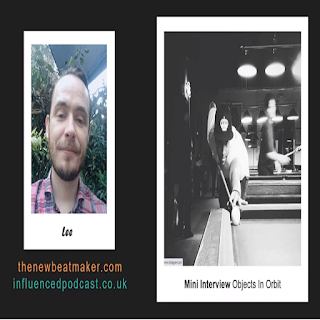 I've been a longtime fan of US multimedia artist Objects In Orbit.

Thanks to regular features on - as well as contributions to - my site The New Beatmaker over the years, I'm proud to say Objects...has become a very good friend too.

Whilst the themes explored include such weighty matter as  media sexism, warfare and the space race, the funkiness inherent in the project makes it an enjoyable, even danceable, listen.


Which makes me even happier to say his latest musical project 'Panoramas' is arguably the best offering - not only in his own catalouge - but of the year so far.

Get to know Objects In Orbit!