PODCAST: A trip down memory lane in celebration of three classic releases 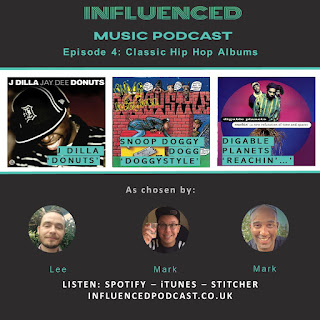 Mark Williams is again joined by good friends Mark A and Lee, on an episode recorded on Fathers Day (UK).

The topic is classic hip hop albums and the trio's personal connections to them, leading the team on a trip down memory lane.

Note: At the last minute Lee decided to avoid discussing the more poignant, personal connection he has to J Dilla's 'Donuts' for fear of taking the Episode into more sombre and mournful territory.  This means that Lee 'freestyled' his segment of the show and instead focused on the influences within the project and it's impact on beatmaking and beat-tape culture.

Check out the Episode on Spotify below!

Here is the accompanying playlist on Spotify:


Here's all Episodes and playlists on iTunes: https://apple.co/3fpAn7s