PODCAST: Exploring and celebrating our favourite albums of the past decade 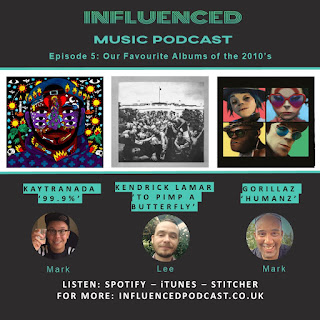 Mark Williams is joined by Mark Anthony and Lee to celebrate their favourite albums of the 2010's.

The Episode is a celebration of three classics from different generes, and an exploration of some of the predecessors of the projects.


Later in the show, Lee asks Mark Anthony about performing with Gorillaz 'human' formz (see what I did there?).

Check out the Episode on Spotify!


Check out the playlist but note: NSFW and has some very strong language and opinions shared.


Here's all Episodes and playlists on iTunes: https://apple.co/3fpAn7s