Skip to main content
REVIEW: Dizzee Rascal Is Back With "E3AF"

The grime legend is back with his 7th Studio Album which we had to check out and review.

We at influenced are massive fans of albums. We grew up in an era where artists were judged on the body of work, they produced on average every 3 years. In many a show we have spoken about the pains and struggles of the sophomore jinx and how hard it is to follow up a great debut album.

After winning the Mercury Prize for his brilliant debut album 'Boy In The Corner' while still a teenager and bringing grime music to an international stage in the process, it was always going to be difficult for Dizzee Rascal to follow that success up.

In my opinion he did that.  Flirting with different genres of music, working with a various array of artists, and producing 5 subsequent albums that had hits and commercial success. Although this always felt like an experiment, how far could he really push in this direction and how long would it last? He never gave us anything as gritty, real, or as insightful at "Boy In Da Corner". There is the argument that the teenager from Bow is no longer a teenager from Bow so it would be a disservice to speak about those experiences and that lifestyle which is no longer the one he is experiencing.

That was all put to bed when he release his 2017 grime album 'Raskit' in which he revisits his roots once again with great success, cementing his place in grime legacy which in my opinion he had already done years earlier.  Now his new album "E3AF" is in my opinion the best thing that Dizzee has done since "Boy In Da Corner" and his collaboration with Nike for Tongue and Cheek Air Max 90. 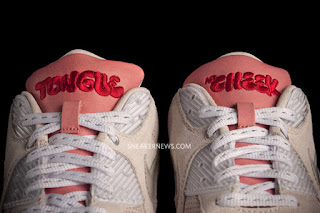 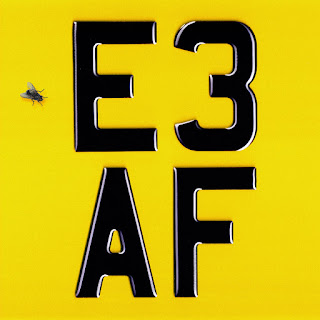 The album has loads of feature kind of like a grime Oscars with, Kano, Ghetts, Chip, D Double E, Frisco, P Money and Ocean Wisdom all making an appearance. These are not features for features sake. I feel that all these artists have brought their A game almost like a cypher / showcase of talent, flashbacks to pirate radio, an undercover flat and the mic going round the room come to mind.

Much like 'Raskit', 'E3AF' is a continuation of Dizzee Rascal venture back in to grime. Its all well and good talking about the emerging and respected talent of Stormzy or the creativity of Skepta and Dave or any of the Mc's tearing up the scene right now, but you best not forget those that put you there and the talent that could slay most Mc's in a heartbeat.

Dizzee was due to perform at Glastonbury 50th Anniversary this year and that does not seem out of place for an artist of his stature who has previously sub-headlined stages in 2010 and 2013.

This icon of grime and British urban music still has the ability to pull together a solid, evoking, creative project that I think all Grime, Drill and UK Hip Hop Fans should go and check out. If you're expecting, "Bonkers", "Dance With Me" or " Baseline Junkie" this is definitely one you should give a miss.