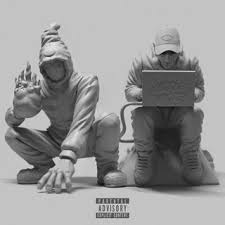 This reimagining of the original EP “Unlocked” released in February 2020 is a prime example of “If it ain’t broke don’t try to fix it".

So bit of history, I’ve been a Denzel Curry fan since 2015, the Florida native has been dropping mixtapes and projects long before that though. His raspy, energetic, and aggressive vocals, hard hitting lyrics and uncontrolled delivery made me a fan instantaneously. So when he teamed up with hip hop producer Kenny Beats in 2020 I was excited. As discussed with Lee “The Newbeatmaker” in episode 25 of our podcast we both grew up in an era of projects being made up of a DJ and an MC. For us that has created so much great music over our musical life span. Great examples are Gangstarr, Eic B and Rakim, Pete Rock and CL Smooth, more recently the Freddie Gibbs projects with Madlib and Alchemist respectively and all the Run The Jewels projects.

Kenny Beats has always had my attention, mainly he produces Trap style beats. This is a genre I would not say I was passionate about however Kenny Beats has always done this with an energy and musicality I was interested in. Now I was familiar with his work with afore mentioned Freddie Gibbs and Vince Staples. 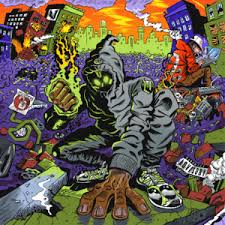 So, we get the combination of the two brining us an EP / Album I thought was fantastic. A year later they are back with a reimagined, softer version of the EP with the help of artists such as Arlo Parks, Smino, Joey Badass, Benny the Butcher and a few more. As well reworkings, remixes of seven tracks by artists like Robert Glasper, Georgia Anne Muldrow, and the Alchemist.

Now there are some artists in the list of features and remixes are done by producers at the op of their game, yet all in all this doesn’t help the project at all. Now the first album was recorded over 3 days where Kenny Beats and Denzel Curry were locked in the studio vibing. The whole project is raw, organic and I feel like it is a mixtape someone is selling me out of the back of their car, Wu-Tangeque. Now that is what makes the whole thing work it suits Kenny Beats’ production style and the wild and raw delivery that Denzel Curry brings. Now when you polish all that up, add extra musicality and give it a bit of a shine it loses everything that made it great in the first place.

A great example of this is the feature of Arlo Parks, you know I champion her latest project and her talent so much that I could not justify reviewing her work as I didn't think I could do it credit. However, on this project her soft, sweet, emotional, confident yet almost uncomfortable vocal does not fit and kind of divides the track.

Now this EP has been billed as bonus tracks to the original project rather then a new EP or a comparison. This Hip Hop duo are at their best making Hip Hop that you want to hear at a 250-capacity gig that is packed to the rafters. It is too hot and dark, where the ceiling is too low and damp and the energy from the crowd and artist is edgy, aggressive, and symbiotic! This project is not for me but I love “Unclocked” and these guys will still have my ears if and when they drop their next album.