REVIEW: "Fell In Love IN Brasil" 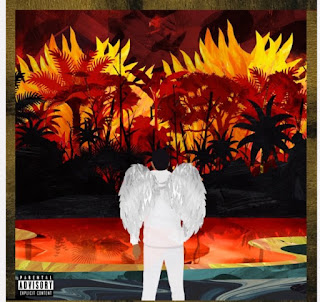 This is the first review we have done in some time and I would love to come up with a really cool story about how I discovered Jevon as an artist, but the reality is I heard one of his tracks on FIFA20 and I’ve been following his career ever since.

The West Londoner offers a debut project that has impressed me.  ‘Fell In Love In Brasil’ is a tribute to Jevon’s roots and culture that simultaneously illustrates the struggles faced growing up, having been sent to Coventry at 15 for his troublesome antics. The project reeks of samba flava, as well as the creativity of someone who has been influenced by the likes of Sergio Mendes or Sango, fusing multiple genres with a real samba / bosa nova core running through it.  Jevon weaves between smooth vocals and hard-edged lyrics in a flow pattern that really reminds me of early Dizzee Rascal.

As we move into the main body, you can really hear the amount of effort and heart that has been put into each track, especially with this album being three years in the making. Is a strong reflection of Jevon’s personal experiences floating between, grime, RnB, Hip Hop all laced with a Latin Portuguese flava. Doesn’t matter if it’s singing, spitting, English or Portuguese the delivery is exceptional.

Now I could do a walkthrough all the tracks of the album talking about the great Brazilian artists that Jevon has worked with on this album. I could talk about the themes covered such as love, emotion, feelings, social acceptance and self-reflection. Instead, I’m going to say just listen to the project from cover to cover this will definitely make my 6 month review and is a project I will be championing for the foreseeable future.