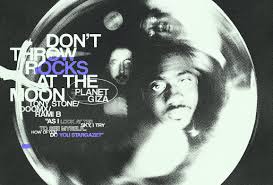 Another week another review and another hip-hop group / collective have caught my attention. Montreal alternative hip-hop trio Planet Giza have made me a new fan with new EP Don't Throw Rocks At The Moon, out now.

Expect classic hip-hop delivery with fresh energy and a zest for a new generation, Don't Throw Rocks At The Moon was co-produced by frequent collaborator GMF. The crew consists of Rami B, Tony Stone and DoomX, now the bio on their Spotify states “The crew is able to reflect their multicultural background through a repertoire of divers sounds”. This is so true, I can hear influences from the great collectives such as A Tribe Called Quest, De La Soul, Pharcyde, Arrested Development and Souls of Mischief. The energy, outlook and diversity of Planet Giza all make me refer to these acts, but I also hear the OVO influences that have put Canadian urban music on the map as well as the conscious and new gen delivery I associate with someone like Kid Cudi.

“The crew is able to reflect their multicultural background through a repertoire of divers sounds”. 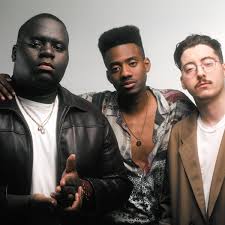 The EP opens with the slick, funk-drenched 'Icarus', the track is an ode to the pitfalls of a fast-paced lifestyle. Next up is the group's recent bass-heavy single 'When The Moving Stops' the production and keys take me back to early Swiss Beatz production for Ruff Ryders. The whole thing is softened by the soaring vocals of Planet Giza's own Tony Stone but delivered with a flow that takes me back to the 00’s, the track has enjoyed support UK commercial radio and I totally understand why.

Elsewhere, 'Start Over' and 'Limb' see the trio demonstrate their soulful side with a semi romantic edge before lead track 'Rocky Road', featuring Boston-born rapper Cousin Stizz, channels a deep, emotive trap vibe which was co-produced by FREAKEY. Closing things out, 'Why Do You Run' combines the smoothest of production with poignant lyricism.

Now |’ve also heard collabs with Goldlink and Kaytranada who I’ve read the crew have a creative friendship with which leaves me watering at the mouth to see what the future brings.