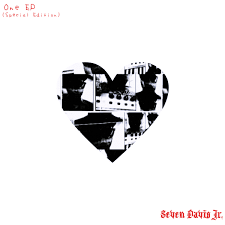 2014 I discovered Seven Davis Jnr when he dropped his FRIENDS EP.  The singer, Producer, Songwriter & rare Artist oozes talent. You can hear the influence of church in his progressive soulful house which makes sense as he trained as a gospel & jazz singer. Brought up on the vocal influences of artists such as Prince, Aretha Franklin, Stevie Wonder and Michael Jackson. Other earlier influences include classical artists like Nat King Cole, Frank Sinatra, Sammy Davis Jr and Burt Bacharach.

As Seven Davis Jr evolved, his interests navigated him into the mainstream/independent world where he began listening to a more diverse range of artists such as Jimi Hendrix, Portishead, The Fugees, The Beatles, Tricky, Bjork and of course the man we all come back to J Dilla who we show love to throughout season one especially Episode 4

In 2015 he dropped his first studio album Universes, if you are a soul fan like me but have that UKG / Funky House gene and if you like your soul music futuristic, leftfield, drenched in funk, artsy and intelligent, join Seven Davis Jr on his journey through the musical universe. 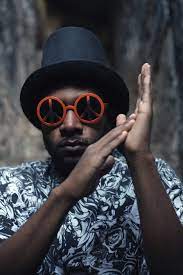 I'd wager that Seven Davis Jr is a Prince fam, that element of Roland 808 Minneapolis funk sounds can be felt through out his music. In 2013 he dropped ONE EP and this month he has released a special edition of this EP featuring 4 tracks. Now the title track is a house classic and has all the elements we have mentioned before as well has a real Chicagoness about it. The other three tracks on the EP are all new and will get you vibing immediately especially We Should Go Out. This one is for my Tuff Jam, Todd Edwards or Moodyman fans its an absolute dub with that 4 x4 high hat soft monotone soulful vocal and organ like keys. The tempo change half way through the track breaks the trance like state it originally created and re-engages the ear.